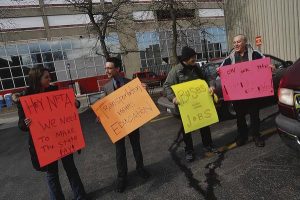 In the early 2000’s, two groups of community leaders in Niagara Falls and Lockport saw injustices occurring in their communities. They saw folks being left behind, and they wanted to do something about it. They knew that they would be more powerful together than apart, so they organized.

Initially working as two separate organizations, Lockport Area VOICE and VOICE Niagara, they responded to community issues like poverty, crime, and health issues by building community leaders who could collectively challenge the powerful decision-makers and demand change. In 2006, recognizing their shared mission and knowing they would have even greater strength working together, the two organizations merged to create Niagara Organizing Alliance of Hope, or NOAH.

Since then, NOAH has made significant, transformative changes in Niagara Falls and several surrounding communities.

In 2015, NOAH leaders noticed the severe under-representation of local workers of color on the Amtrak station job site. In response, NOAH began our current and most powerful organizing work focusing on Workforce Diversity and Development, eventually securing implementation of a city-wide resolution on Community Benefit Agreements (CBAs) in December, 2017. 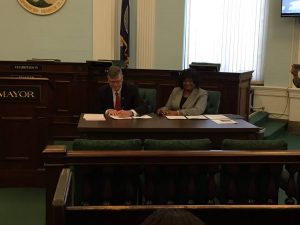 Also in 2017, in collaboration with social justice organizations state-wide (including VOICE Buffalo, Rochester ACTS, ACTS Syracuse, Raise the Age NY, and the Center for Community Alternatives), we successfully organized to raise the the age of criminal responsibility from 16 to 18, ensuring that many fewer youth will face trial and incarceration in the adult criminal justice system.

Today, NOAH has recognized another significant barrier to full workforce participation for the poor and marginalized: inadequate access to childcare keeps far too many working parents underemployed. We believe that we must BOTH drastically increase the number of providers AND increase the income cap for subsidies to at least 200% of the poverty level (as it is in neighboring Erie County). More providers will mean more jobs for folks to work as daycare teachers and aides, as well as opportunities for families to become business owners by opening their own family daycare centers. More subsidies will bring childcare costs within reach for more struggling families.

Moving forward, we are committed to organizing for childcare access and affordability, and environmental justice.

To get involved, contact info@noahniagara.org today and be a part of our community’s empowerment.