A strong stance for economic justice

NOAH has recognized from our founding that one of the greatest structural barriers to true racial equity in our society – and in our county – is the economic oppression of people of color, and of working class people in general. Niagara County, and particularly the city of Niagara Falls, is highly segregated both by race and by socioeconomic class.

According to a report on Poverty and Disparities in Niagara County by the Partnership for the Public Good, the poverty rate in Niagara County is more than three times higher for African Americans than it is for white residents. County-wide, 38.9% of African Americans live below the poverty line, versus 10.5% of white people. In Niagara Falls, where African Americans make up a greater percentage of the population than they do in the county as a whole, the disparity in poverty rates is still a matter of concern: 43.6% of Black Niagara Falls residents live below the poverty line, versus 20.3% of white residents. These numbers also show a daunting concentration of poverty within the city of Niagara Falls for people of all races, with Black residents more than twice as likely to be poor as their white counterparts.

The bottom line is that everyone deserves access to the economic resources they need to thrive – and until we change the economic structures that keep people poor across our county, racial equity will not be possible.

NOAH’s organizing work has largely focused on tackling issues of economic oppression. We are breaking down barriers and expanding access to living wage employment opportunities and building pathways out of poverty so that all people can live in dignity and comfort.

As a result of NOAH’s economic dignity organizing work, we now have a seat on Mayor Restaino’s new Social Justice Commission, where we will lead a committee tasked with making policy recommendations to bring forth economic justice in Niagara Falls.

In partnership with leaders on the Niagara Ministerial Council, NOAH has taken a stand on the troubling lack of diversity among Niagara County government staffers. Out of 1,470 county employees, just 50 represent racial minorities. With the exception the election commissioner, every other county department head is white.

The county legislature passed a resolution sponsored by Legislator Owen Steed (D – Niagara Falls) and the four other Democratic legislators, forming an ad hoc committee to look into this issue. NOAH’s advocacy work on this issue has gained us a seat at that table.

NOAH’s work moving forward will be to ensure that this issue does not stagnate in committee, and that our county moves forward quickly with appropriate action to ensure equitable hiring practices and diversify its workforce to reflect the community it serves.

A rich History of workforce advocacy 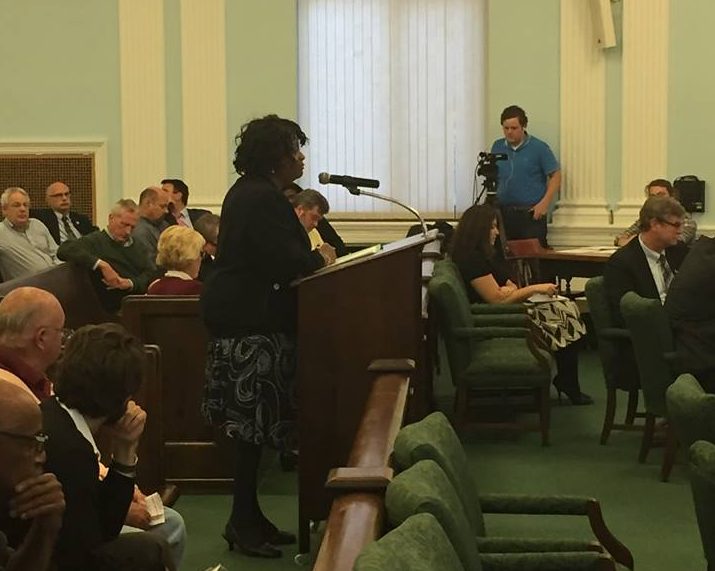 Our workforce diversity initiatives began in 2015, when NOAH uncovered racial disparities in the hiring practices on a federally-funded Amtrak construction site. Over the course of seven months, we found that less than 1% of the work on this site was conducted by African Americans, despite Niagara Falls population being nearly 25% African American. In October of that year we began holding regular meetings to address the need for poverty initiatives and a community benefits agreement.

In the course of this work, NOAH leaders were instrumental in the development of a pre-apprenticeship curriculum with the local skilled trades and labor unions, creating a path to good-paying jobs for under-represented minority workers. This pre-apprenticeship curriculum later became a significant element in Governor Cuomo’s Empire State Poverty Reduction Initiative (ESPRI), a state-funded program targeting underemployment and other economic injustice issues in high-needs areas (Niagara Falls being one of several cities identified by the state as having high poverty rates). NOAH holds a seat on the steering committee for ESPRI, alongside NYS Labor Commissioner Roberta Reardon, Catholic Charities, and other key leaders to ensure that workforce development initiatives through ESPRI meet the needs of the community and are inclusive of Niagara Falls’ marginalized racial minorities.

In 2017, NOAH also ramped up efforts on our long-running Community Benefits Agreement (CBA) campaign, working with Mayor Dyster’s office to secure a Mayoral Pronouncement requiring CBAs with local and minority hiring provisions for all city-funded development projects over $1M. The Pronouncement went into effect in July, 2017. Not content to rest until the CBA was officially passed by the city council, NOAH pushed still further, finally securing a City Council Resolution enshrining the CBA agreement into law in December, 2017.

Mayor Robert Restaino has agreed to meet regularly with NOAH leaders moving forward. We will be closely monitoring to ensure that CBA enforcement is working for our community and fulfilling its purpose of ensuring that good paying jobs in city-funded development projects go to local folks who need them.